Welcome to ‘We Read For You’. This feature highlights recently published papers from a Veterinary Journal and presents the take-home message concisely, allowing you to catch up on recent evidence in a tea break.

Aims: To determine whether administration of prazosin (Hypovase) at 0.25mg/cat every 12 hours to cats that have had urethral obstruction is associated with a reduced risk of recurrent urethral obstruction or other lower urinary tract signs. Study design: A sample size calculation indicated that 28 cats were required in each group to detect a reduction of re-obstruction from an estimated 50% to 12.5%.

Cats were initially managed for urethral obstruction using a standardised protocol. Cats were excluded if the owner stated they were unable to administer oral medication, if there were urinary calculi, chronic kidney disease, heart disease or prior medication with vasoactive therapies. Cats with indwelling urinary catheter prior to presentation were also excluded. Cats were randomised to receive placebo or treatment for 1 month.

The treatment was started as soon as the cat was able to receive oral medication. Cats were discharged with standardised discharge instructions including behavioural modification, nutritional advice and husbandry recommendations. Follow up was performed weekly for 1 month and then at 6 months and included compliance, adverse events, evidence of lower urinary tract signs measured using a Likert scale, occurrence of re-obstruction, surgical intervention, euthanasia or death.

Key results: 72 cats were initially enrolled and 25 of these excluded. A total of 47 cats were randomised to treatment. There were 20 in the placebo group and 27 in the treatment group. Following randomisation 2 cats were withdrawn, 1 from each group. Patient demographics were similar between groups. Cats that received prazosin had a statistically shorter period of catheterisation (32 vs 39 hours) and hospitalisation (37 vs 46 hours) than those that were in the placebo group.

Owner compliance was not different between the 2 groups. Compliance with dietary and husbandry recommendations was similar between groups. Side effects were mild in both groups and did not result in stopping medication. Three cats re-obstructed prior to discharge with no difference between groups. Re-obstruction rate in the 1 month study period was 15% in the prazosin group and 17% in the placebo group.

Clinical relevance: At this dose prazosin does not reduce the risk of subsequent re-obstruction or lower urinary tract signs. This study was underpowered due to the lower than expected re-obstruction rate during the 1-month study period. There are 2 ways to interpret this; one is that there are not enough cats to know whether it works, the other is that it doesn’t work at this dose.

Post-hoc power calculations suggest that 1149 cats in the prazosin group and 766 cats in the placebo group would have been needed to identify an effect. Based on this work, if your re-obstruction rate is similar to that in the study population then it is likely that there will be minimal benefit associated with administering prazosin at this dose to cats. Further prospective work needs to be done to identify whether higher doses or frequency of administration may be effective as identified in a previous retrospective study (Hetrick and Davidow, 2010). There is a low risk of side effects and these are mild. At this dose hypotension was not identified. 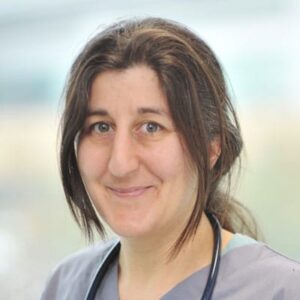